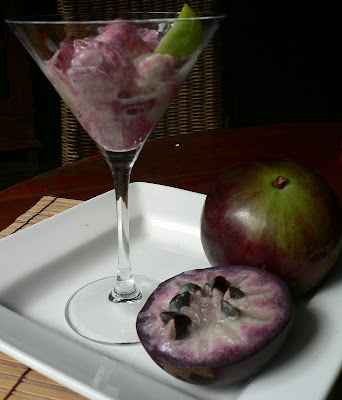 Star apples have just started fruiting at Cape Trib Exotic Fruit Farm. A wonderful marshmellow flavour which is enhanced by a squeeze of lemon. Serve as a desert. Yummy!

Posted by Capetribber at 9:37 PM 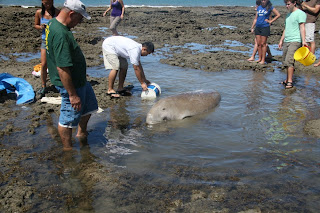 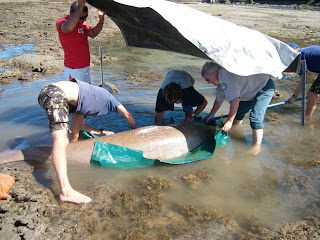 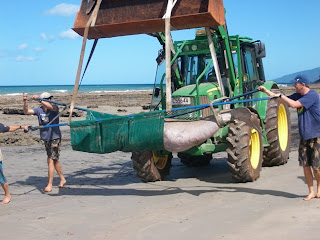 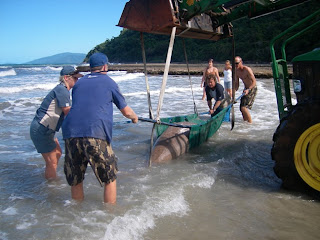 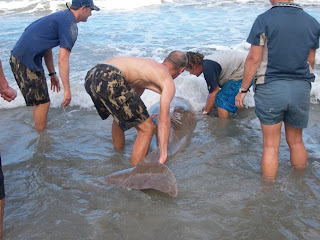 A dugong that became beached at Cape Tribulation was rescued in a three-hour operation when locals and tourists banded together in a show of community spirit on monday.

The dugong, a fully grown male, was stranded at Coconut Beach about 11am on Monday after it became trapped on an exposed reef flat when the particularly low tide raced out.

Once beachgoers realised the animal was in trouble, local tour operators, backpackers and even a honeymoon couple from Italy pitched in to help National Parks rangers free the dugong.

Although the dugong sustained minor cuts from the coral, when it was released into the ocean around three hours later, it swam happily into the blue water.
Posted by Capetribber at 3:07 AM